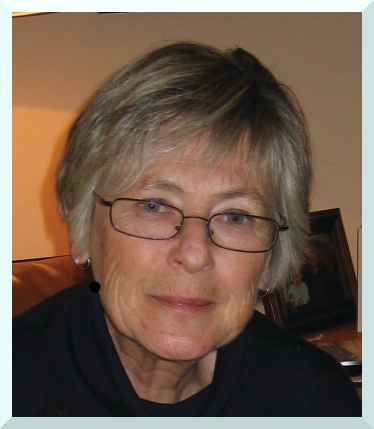 Lace is a textile and lacemaking is therefore a textile art, along with embroidery, weaving, knitting, crochet and various kinds of knotting such as tatting.  Many of us know what lace is, but describing it is not so easy, should we come across someone who has never heard of it.  Even the definition used by the Powerhouse Museum which says “lace is a decorative openwork fabric in which the pattern of spaces is as important as the solid areas” wouldn’t really help in this situation, so you would probably have to resort to pictures.

The definition is useful, though, because it separates the method of making from the end product.  We all know that embroidery, weaving, knitting and crochet don’t necessarily result in an openwork fabric.  Sometimes that’s even true for bobbin and needle lace, the so-called ‘pure’ forms of lace.  In other words the intention of making an openwork fabric has to be in the mind of the lacemaker before he or she begins using any of these techniques.

A great way to learn bobbin lace and it is used in the Guild’s Correspondence Course, from Suppliers and Rosemary.

The idea of creating an openwork fabric first emerged in the early Renaissance period more than 500 years ago.  The first of these – cutwork – was made by cutting small holes in plain linen fabric and decorating them with needle made stitches of various kinds for the collars and cuffs of shirts and under dresses, which had become essential items of fashion at this time.  Within a short space of time other forms of fabric-based openwork developed which are now known collectively as embroidered lace. It’s very easy to trace the development of free needle lace from openwork embroidery.  Put simply once the holes cut in the fabric got bigger the work had to be stabilised over a parchment pattern.  It was not long before it became obvious that the fabric could be dispensed with altogether, and the decorative filling stitches – mostly different kinds of buttonhole stitch – could be made on their own over the pattern.  The result was ‘punto in aria’ – literally ‘stitch in the air’ which was the very first kind of needle lace, constructed entirely with a needle and a single thread.

Bobbin lace, on the other hand, is made with many threads wound on bobbins for ease of manipulation.  It also first appeared in the Renaissance period but its exact development is obscure.  Most probably it arose from the different kinds of gold and silver braids which can be seen decorating the rich fabrics in Renaissance portraits.  Many of these used bobbins to manipulate the thread and protect the precious metal from direct contact with the hands.It is likely that the two basic bobbin lacemaking movements – the cross and the twist – were well established before they were put to use with linen thread to make something which is more recognisable as lace in the portraits of the time. Our concern now is for the future of lacemaking, rather than its past. All the traditional techniques are still practised and much exciting new work is being done all over the world. Follow our links to find out more.